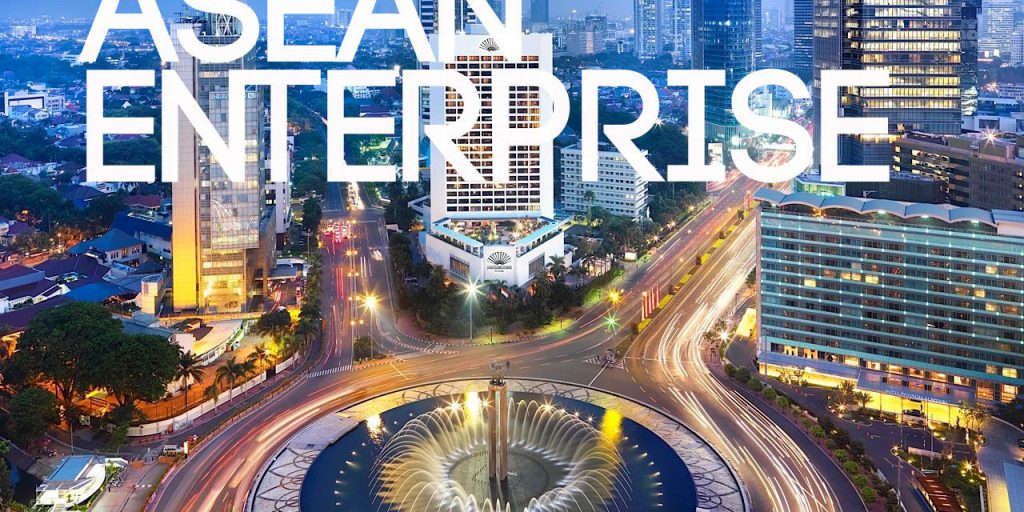 Will the AEC mean more opportunity or the end of the line for regional players? ASEAN enterprise is full of risk and reward for companies as the field opens to both players from neighboring ASEAN states and two towering behemoths—India and China. CACS adjunct professor, Dr Masato Abe provides this essay on his research, readings, and analysis of the future for ASEAN enterprise.

The emergence of “ASEAN enterprises” in South-East Asia has begun receiving attention (cf. OECD, 2016). ASEAN enterprises are defined as regional multinationals operating across ASEAN and other regions, and leading value chains with their own brands. Examples of such ASEAN enterprises include (among others) PPB Group of Malaysia, Reliance Global Holdings of Singapore, and Thai Beverage of Thailand. They are operating in various industries, such as extraction, manufacturing, finance and banking, and other services (Forbes, 2015) and have aggressively invested in and extended their operations within ASEAN (Thomson Reuters, 2014).

The recently formed ASEAN Economic Community (AEC) is expected to foster the development of ASEAN enterprises further by facilitating economic integration and equitable economic development among member states (ASEAN, 2008). AEC will bring both challenges and opportunities to business in the region, including those disadvantaged such as micro, small and medium-sized enterprises, or MSMEs, and firms in less developed countries in the region such as Cambodia, Lao PDR and Myanmar, or CLM countries (Abonyi and Abe, 2016). Local businesses must be ready for the ongoing changes; at the same time, they can also take advantage of the opportunities to expand their operations across ASEAN, transforming into real regional entities: “ASEAN enterprises.”

For the past decade enterprises in South-East Asia have increasingly played a significant role in the world economy. The Forbes Global 2000, a global business ranking in terms of the size of firms, illustrates this trend well. The figure below presents the numbers of large public enterprises in ASEAN countries, India China, and Hong Kong which are ranked in the Forbes Global 2000 in both 2006 and 2015 (Forbes, 2015).

The results show that the presence of ASEAN businesses in the world economy has increased steadily over the past decade. A regionally coordinated strategy of production relocation and integration has also been observed, providing additional opportunities for neighbouring lower-cost countries within the region (such as Cambodia, Lao PDR, and Myanmar) to become lower-tier suppliers of selected labour-intensive components for the manufacturing sector (such as those in Malaysia, Singapore, Thailand, and Vietnam) (OECD, 2016).

However, there are some pressing challenges for both business and governments to foster ASEAN enterprises throughout the region. First, although ASEAN has seen an increased presence in the world economy of their local enterprises, the development of regional and global value chains in the region has been mainly led by multinationals from outside the region, while the development of ASEAN’s own multinationals—or ASEAN enterprises—is still limited to operation in relatively less value-added sectors, such as agri-business, food and beverage, and construction materials (fDi Markets, 2016). For example, greenfield investments in the region have been declining for the past decade, in particular in the manufacturing sector, and M&A investments have been limited mainly to less value-added sectors (fDi Markets, 2015; Thomson Reuters, 2014). The more worrisome trends are that such investments have been diverted from ASEAN to OECD countries and China, and the exports of the region, except China and Vietnam, have also slowed down (OECD, 2016).

Second, while ongoing regional integration under AEC will foster real ASEAN enterprises, it may widen the gap between large enterprises and smaller businesses at the regional level. It is important to note that the benefits derived from economic integration—such as accelerated trade and investment—are more applicable to: (a) relatively larger businesses; and (b) businesses based in the relatively wealthier countries. Businesses that meet one or both of these criteria are best poised to take advantage of investment opportunities abroad. However, for MSMEs, which make up the vast majority of businesses in every ASEAN economy, new investment opportunities may be more limited. This will certainly be the case for MSMEs based in the less-developed ASEAN countries (i.e. CLM countries) as these businesses will typically be less competitive than their foreign counterparts and will face more pressing issues with the advent of the AEC.

Third, ASEAN enterprises are expected to face intensifying competition in markets. As trade is liberalized under the AEC, competitive businesses could become even more competitive in an area where it already holds some advantages: cost, price, and quality. The number of competitors in the ASEAN market will increase with the flow of new investors to the region, and local companies will see a greater number of foreign products and services entering the market, as market access is improved and other developments facilitate more efficient, cheaper, and faster movement of goods and services into the country. As a result, some local businesses that sell to locals—both household consumers and other businesses—might struggle as they see their goods and services become relatively less attractive compared to foreign-made goods and services entering the market. It is also inevitable that there will be some upward pressure on wages (as well as land and services) as the region becomes more fully integrated. This will in turn create difficulties for local businesses in keeping and attracting talent.

Fourth, ASEAN enterprises should try to take advantage of improved access to cheaper, better technology. It is important that they put themselves in a good position to innovate in the future, as increased foreign competition could potentially transform local markets and force local businesses to adopt new approaches to how they operate and what they sell. In this regard, ASEAN enterprises should also conduct further research in the specific areas in which their business can take advantage of the coming changes. This would involve learning about the new requirements for export (certification, permits, etc.) and beginning to research the other markets in ASEAN, as well as the logistics of transporting their products to the foreign markets. They would also need to research the standards of safety and quality necessary to export their particular product, and make sure that they can meet them.

Fifth, the various provisions of the AEC should significantly enhance the ability of businesses, especially MSMEs, to get money from banks or other financial institutions. Over the coming years, the financial sector of ASEAN is likely to have a much improved capacity to loan out money in general, and to MSMEs in particular. However, businesses should also be proactive in putting themselves in the best position to take advantage of these changes. Furthermore, ASEAN enterprises will put themselves in the best possible position to access financing if they focus, too, on improving and growing business itself—possibly by trying to attract foreign investment, integrating into value chains, or, at least, remaining competitive in an increasingly competitive market.

Abonyi, D. and M. Abe (2016). What the ASEAN Economic Community Will Mean for Businesses: A Look at the Case of Myanmar. Bangkok: United Nations.

Masato Abe is an Economic Affairs Officer in the Business and Development Section, Trade and Investment Division, United Nations Economic and Social Commission for Asia and the Pacific (ESCAP), Bangkok. He has extensive experience in enterprise development with a special emphasis on the SME sector, supply chain management and socially responsible business. Prior to joining the secretariat of the United Nations, he worked in the global automotive, electronics and high-technology industries. He has so far published over 100 books, book chapters, journal articles, policy papers and others for various outlets, such as ADB, ADBI, ESCAP, IRU, OECD, UNCTAD, UNIDO, UNISDR and WTO. He holds degrees in marketing, business administration and economics, is a research fellow at Thammasat University, Bangkok, and an adjunct professor in the PhD program of the College of ASEAN Community Studies of Naresuan University, Phitsanulok.