Myanmar Watch: the Road to Election 2015 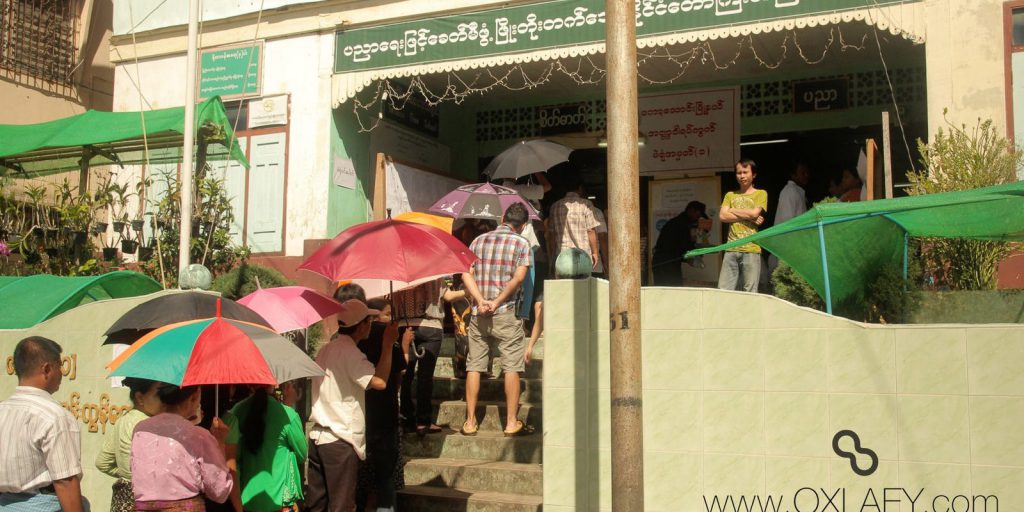 Myanmar Watch: The Road to Election 2015

As part of research plans of the College of ASEAN Community Studies (CACS), Naresuan University, the Myanmar Watch examines socio-economic and political aspects of Myanmar continuing development. To this end, the project at hand offers a preliminary survey report led by the research team of CACS. It seeks a deeper understanding of perceptions about Myanmar economic migrants (living in Phitsanulok) towards the November 2015 elections. The objective of this project is twofold: to comprehend Burmese economic migrants’ perceptions towards the general elections; to identify and assess the prospect of these Burmese migrants in returning home (Myanmar) due to the impact of the elections on their future. The project focuses on the central urban area in Phitsanulok province where a Muslim Burmese community is located. The team conducted in-depth interviews of 21 Muslim Burmese economic migrants regarding their perception of the November General Elections in Myanmar. These 21 participants are Muslim Burmese, aged between 20-50 years, and mostly self-employed. They receive an income of 300 Thai Baht per day (approximately $8.50 per day). Within these 21 participants, 9 of them are females while 12 participants are male. The project team focuses on two key aspects of these economic migrants in the context of the upcoming elections: value attribution and voting participation.  Please note that our findings do not represent the voices of other Burmese migrant minorities who live in Thailand in other geographical areas such as Mae Sod (Tak), Mahachai (Samut Sakorn), Ranong.

There are three major ways that the migrants used to gain access to news/information about the 2015 election.  These included Thai television, Thai radio (both national and local), social media, and friends and family.  Interestingly, the project team found that the age factor determines types of communication media used among Burmese migrants to gain access to news about the election and other aspects of Myanmar politics. The younger generation disproportionally relies on social media (e.g. Facebook, internet) while older ones use traditional media including Thai television and radio.

Another interesting finding is that gender is associated with levels of political knowledge. All male participants have knowledge about the upcoming election while some female participants are not aware of the event.

Besides voting attribution, the project team examined levels of political participation among participants. There were some mixed responses. While both female and male participants have a strong intention to vote, they are not ready to sacrifice their current economic welfare and safety enjoyed in Thailand for their political beliefs.  In other words, they would rather give up their ideological beliefs or political rights than their economic and personal security.  Interestingly, some male participants see political exclusion as a major obstacle for their unwillingness to directly participate in the November elections. According to these participants, they cannot register as Burmese citizen since they are Muslim. Thus, deprivation of rights prevents them from fully participating in the elections.

With respect to age as influencing voting decisions, age has no impact on their decisions. All Burmese migrants either young or old have no intention to go back to vote in the election. However, interestingly enough, there is a difference in terms of their reasoning. Old economic migrants put emphasis on political reason while young migrants attribute their unwillingness to go back home to vote to economic and safety reasons.

This section explores the participants’ perception towards the impact of the 2015 general election on their lives and future plans. The questions are as follows: Does the 2015 election in Myanmar have an impact on their lives in Thailand? If it does, how? What would be their future plans?

Do the 2015 general elections have an effect on their current situation in Thailand?

In answer to these questions, all female participants see that the elections have no effect on their lives in Thailand. However, one female migrant who lived in Thailand for over ten years points out that Thai rather than Myanmar politics would have a significant impact on her life. In contrast, all male counterparts believe that the 2015 election will have a significant impact on their lives. To them, the elections can bring peace and stability to Myanmar if Suu Kyi wins.

With respect to the potential of returning home to Myanmar, the result shows a diverse dichotomy of views between female and male migrants. While the majority of female migrants prefer to stay in Thailand for a higher-paying job and better-living conditions, some of them want to go back to Myanmar because their family members are still living there.

For male counterparts, the majority of them want to go back to Myanmar only if Suu Kyi wins the election. To them, Suu Kyi symbolizes the new hope in that she can bring equality and prosperity to them. However, they have not decided when exactly they would go back. As for the male migrants who do not want to return home, they provided reasoning that was similar to their female counterparts (i.e., better quality of life, safety). However, there was one male participant who regarded weaknesses in political and civil rights in Myanmar as contributing to his unwillingness to return home. To him, a guarantee of equality and rights should be a pre-requisite for the future of Myanmar’s democracy even though Suu Kyi might win the elections.

In conclusion, for over a decade, the Myanmar government has decided to go through major political reforms including releasing thousands of political prisoners, supporting conflict resolution with certain ethnic armies, and holding general elections on 8th November 2015. Although we have yet to see whether the reforms could truly meet the expectations of Myanmar people and the international community, the voice of Muslim Burmese has not been heard across Myanmar’s political landscape. As our pilot project has shown, the election might not change the lives of Muslim Burmese. To our interviewees, the NLD might not necessarily be the vanguard of Muslim Burmese people’s interests.  Indeed, Suu Kyi and her NLD recently announced that it would not allow any Muslim candidates to run under its party banner. Yet this might destroy the hope of Muslim Burmese who have seen Suu Kyi as their democracy icon.  Under these circumstances, they might in future decide to no longer support Suu Kyi as the election would no longer matter to their lives.  Another interesting finding is that those Muslim migrants who support Suu Kyi tend to focus on her personality traits rather than her political institution—the NLD.  This probes an interesting question in that who would eventually replace her when she eventually retires from politics? Will there be a leadership vacuum? Finally, if the NLD continues to ignore them, how would Muslim Burmese in Myanmar cope with the prospect of being a voiceless minority?